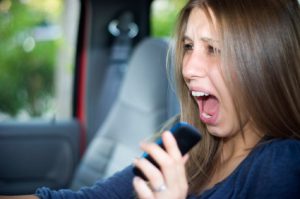 Do you know what the leading cause of death and injury is for teenagers in the United States? It isn’t drug use. It isn’t alcohol use. It isn’t getting into fights or coming home late. It’s driving. Teenagers are four times more likely to die in a fatal car accident than older drivers, and in the year 2010 seven teenagers a day died in motor vehicle accidents. That same year, almost 3,000 teenagers died and almost 300,000 were treated in the ER for serious injuries related to car accidents. Teenagers present a huge risk when driving behind the wheel, for a number of reasons.

If you have a teenager in the house that wants to drive, there are some important things you can do to make sure that they stay safe. The first thing that you need to do is to make sure that your child has car insurance. It’s illegal to drive in the state of Florida without car insurance, and doing so puts them at a huge risk. Here are some other things that you need to do to ensure that your teenager is safe while driving:

• Set a limit for car passengers. Teenagers are easily distracted, and can lose focus when their buddies are in the car talking and joking with them.

•Teach your teen to read street signs. Although it might seem like common sense, most teenagers have difficulty recognizing many street signs and thus don’t know when they are in a potentially dangerous situation.

•Disallow risky behavior. Teenagers are at a higher risk to speed and engage in other risky behavior on the road. Make sure that you discourage and stop this behavior before it festers and becomes permanent.

•Seat belts are life savers. Make sure that your teenager is wearing a seat belt. Teenagers have the lowest rates of reported seat belt usage, and it contributes directly toward car fatality rates.